There was a delay for this post, due to the Fyreslayer start collecting set distracting me lately. However, tonight I can final return my focus back to short post series celebrating the coming of the Malign Portents!

Today’s post features a kitbash model I did during the Christmas holiday of 2017, after the announcement of the Malign Portents teaser. I’ve had a suspicion that Nagash would be behind it, the skulls, death and morbid tone gave me the impression that Death alliance would be the focus. So, I’ve used my spare Vampire Lord model, and an unused Chaos night steed and combined them both into one. 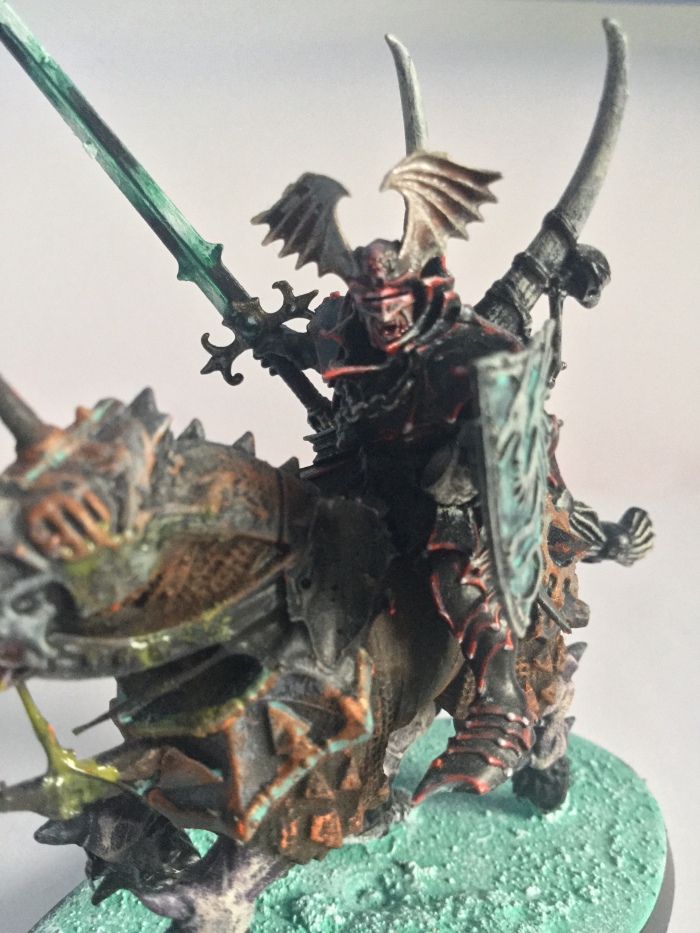 As you’ll notice, the rider was taken from the Zombie Dragon kit, which I’ve used for my Abhorrent Ghoul King, Ren. I was originally going to give my Vampire Lord a jousting pole, but that was already used for another model that needed something badass like a Lancer (hinting at my final model presentation for part 3 😉). 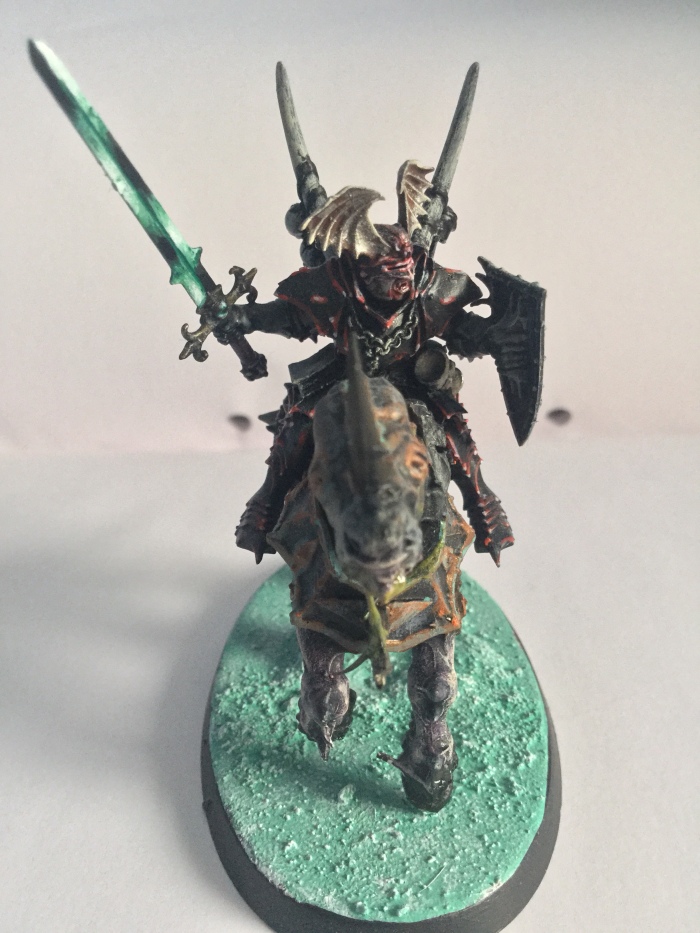 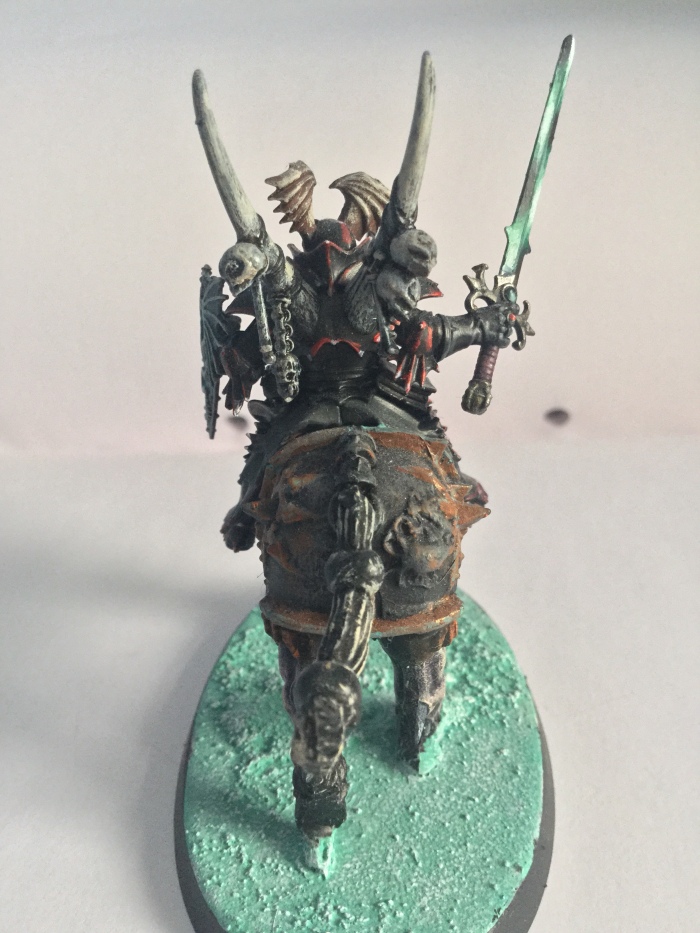 For a model from the Death alliance, I view this model is one of my best painted death models to paint (Terrorgheist at second place), it’s got that dreaded feel of a noble bloodsucking vampire who’s essence is cold and cursed. This would fit nicely as Storms of Magic summon (for the vampire counts) if I was still playing 8th edition. But I digress, WHFB is long gone now.

Part of me would be happy to paint more Death models for future projects, especially now that the new Nagash book is great place for mixing different faction units. But I just don’t have the motivation to paint Death models as much as I used to. I’ve made too many errors with the factions colour scheme, and I just don’t feel like repainting a whole army again.

So for now, Duke Harton will mark a temporary end to my Death alliance army, until I might regain my passion to one day paint them again. 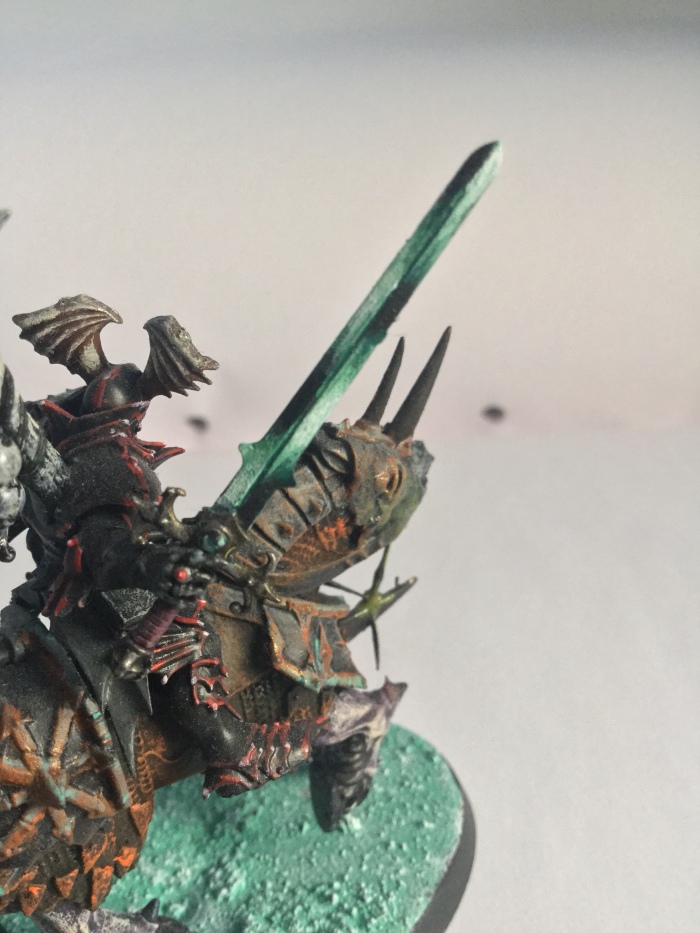