The Chosen are veteran marines who have seen many battlefields and the slaughter that follows from their bolter and blade. Unlike most Chaos Space marines, the Chosen are well versed in combat, arming themselves with rare and finer weaponry than the renegade marines.

For my Chosen, I’ve kitbashed mine using the Chaos Warriors kit mixed with spare parts from various Chaos Space marine kits. I wanted the unit to look like a renegade elite who have crudely modified armour, after years of disrepair and neglect for maintenance. The unit is devoted to Nurgle, so I’ve made sure to paint the Chosen with plenty of rust, oozes and sickly colours.

Second set of three are armed with Meltagun, Boltpistol, Icon bearer and Boltgun. 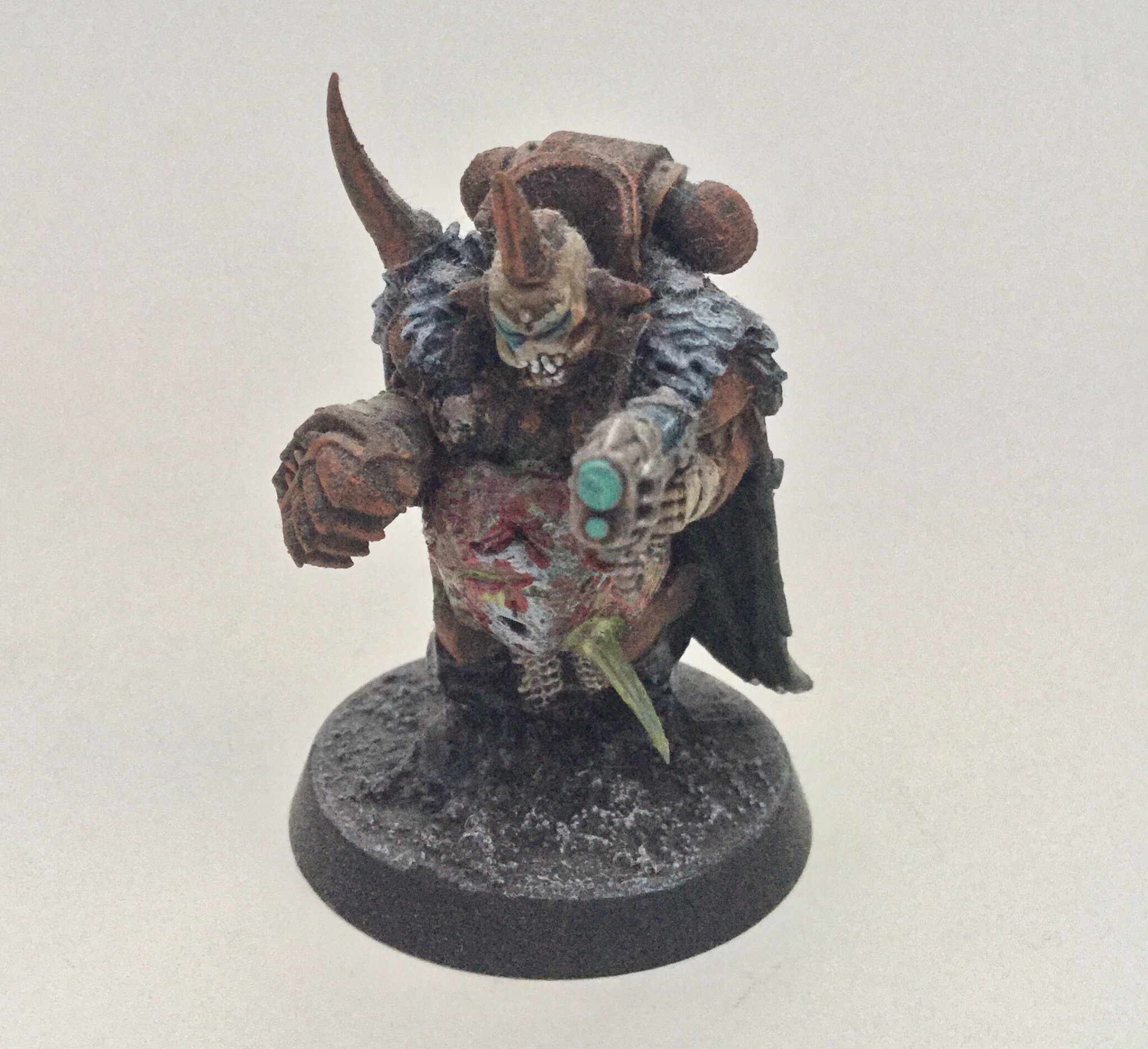 The unit champion is armed with a Power fist and Plasma pistol.

This unit however is not quite done yet, as I’ll need three more Chosen models in order to have a full strength unit. I’m currently trying to build three more Chosen, but spare similar Chaos Space marine parts are scarce.

Next up, I’ll be showing my re-painted Rhino, that will be attached to my Chosen unit. Once a *Word Bearer Rhino, now it’s filth encrusted with rust and grime (*long time readers may remember my Word Bearers Rhino a couple of months ago). 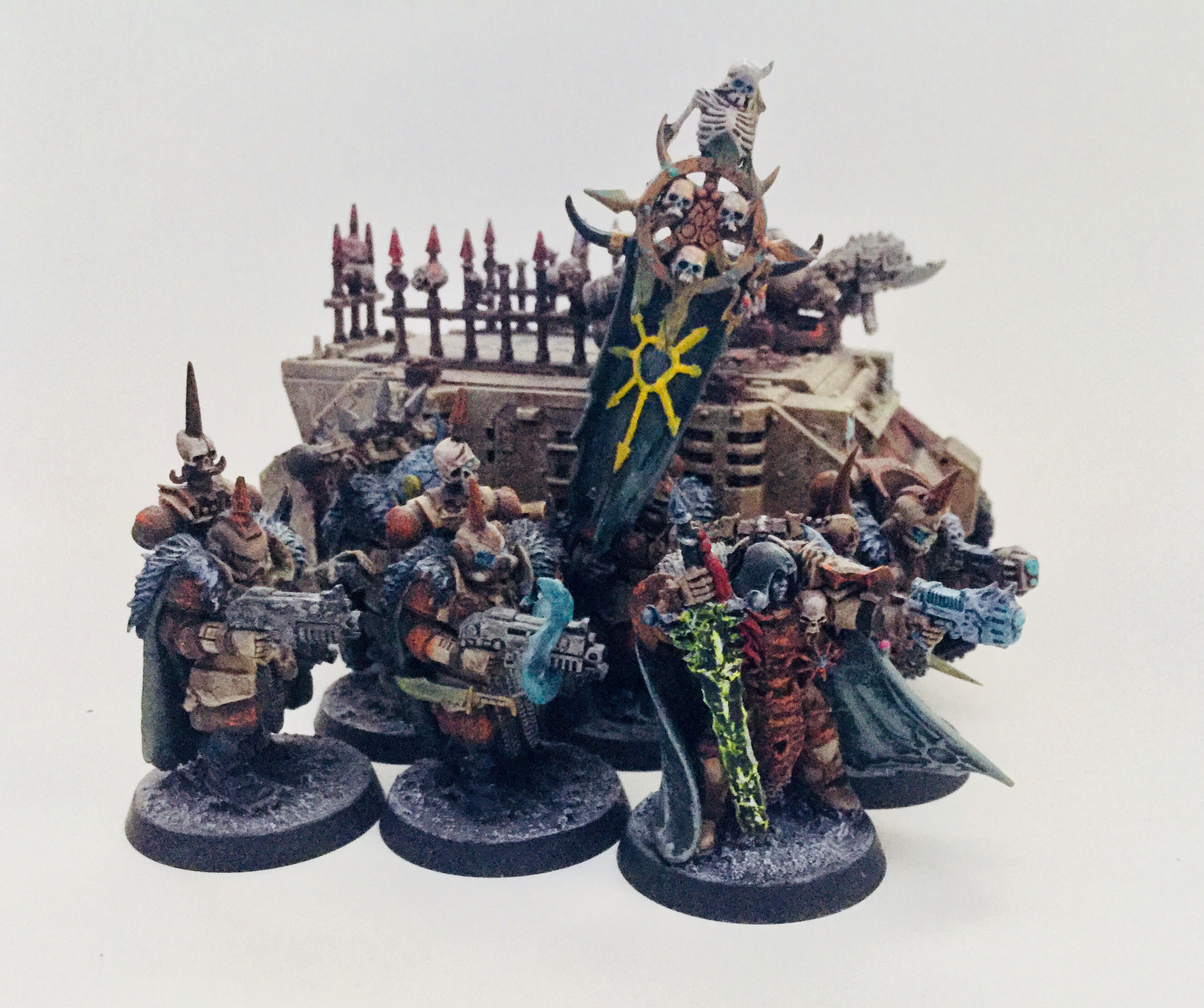 Thank you for reading this post, and I hope you have enjoyed it as much as the AoS Faction Collection. If you have any questions, post a comment below and I’ll reply back as soon as I can. Thanks!

Rarely is it seen for a Chaos Lord to be at the forefront of battle shrouded around by his elite guards, the Chaos Terminators. Ancient armour worn by those who have proven their loyalty and skill to their master on the battlefield, these veterans are experienced with both might and destruction from most offensive attacks.

These were a long time coming, after using a plastic tub full of dettel to strip the paint off the models for a week (this was done all the way back in the summer!). After eight years of neglect in storage, it was finally time to get this unit painted to fit with the rest of my collection.

It’s a relief now that the unit can finally be displayed with a fresh coat of paint. Although the ramifications of my amateur days still linger on to the models, the shoulder pads are glued the wrong sides and some of the details are still covered. 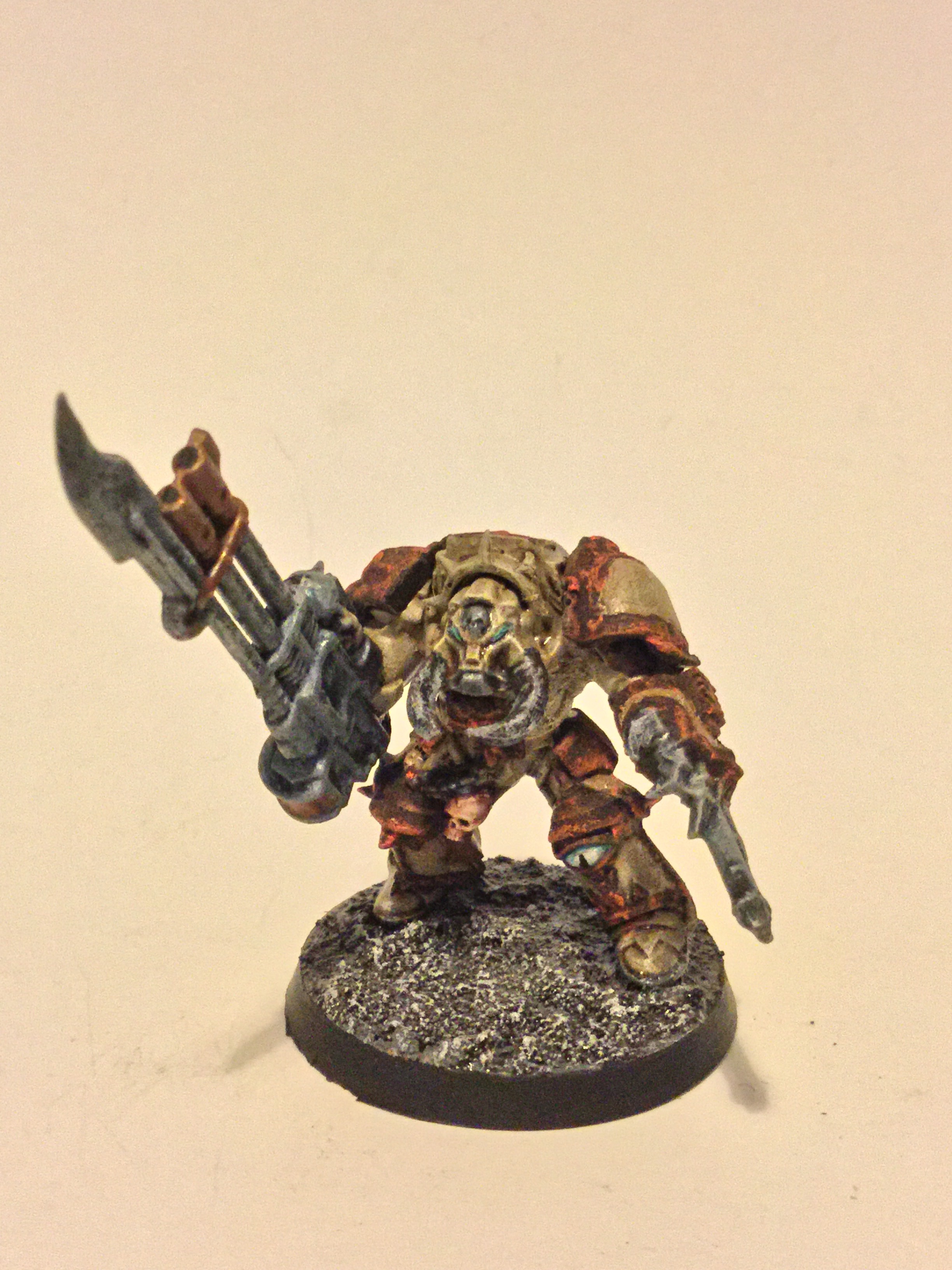 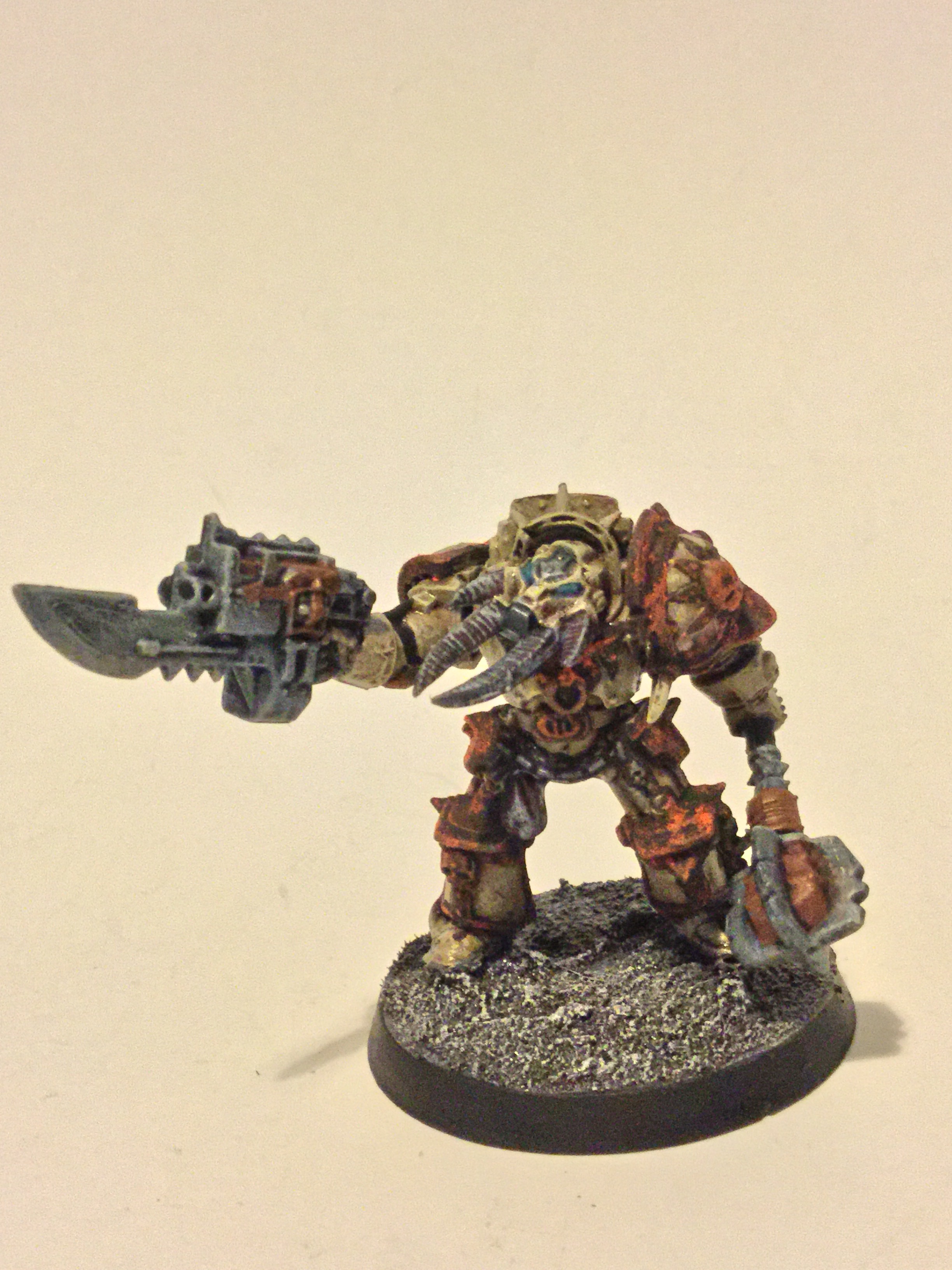 Next up, elite renegade veterans known as Chosen, join the Harbinger Legion on their endless reaping of Imperium controlled planets. Clad in various parts of salvaged armour taken from their hated brethren, the Chosen are favoured by the Chaos Lord Axxoin when they join him on his naval hunts.