Starting off a new project, I’ve decided to use some spare Stormcast Eternals from Thunder and Blood set to form a small warband of the Knights Excelsior. Inspired by short stories from the the Malign Portents on the Stormhosts action during the event. I liked how the Stormhost is highly devoted to Sigmar (similar to the Black Templars), to the point of purging anything touched by Chaos.

The Knights Excelsior is morally grey in their choices, on the one hand, they are the finest when they fight for the grand alliance of order to protect those who serve the Godking. However, they are also very extreme in their ways, to the point where anyone will be slain if there’s any hint or suspicion that they may be corrupted by Chaos. Narratively, the Stormhost is a unique one compared to other Stormhost who are more noble and not as zealous as the Knights of Excelsior.

I’ve started off my collection by painting three Liberators (including a prime), loosely following the painting guide on the Knights Excelsior from ‘How to paint Stormcast Eternals’. 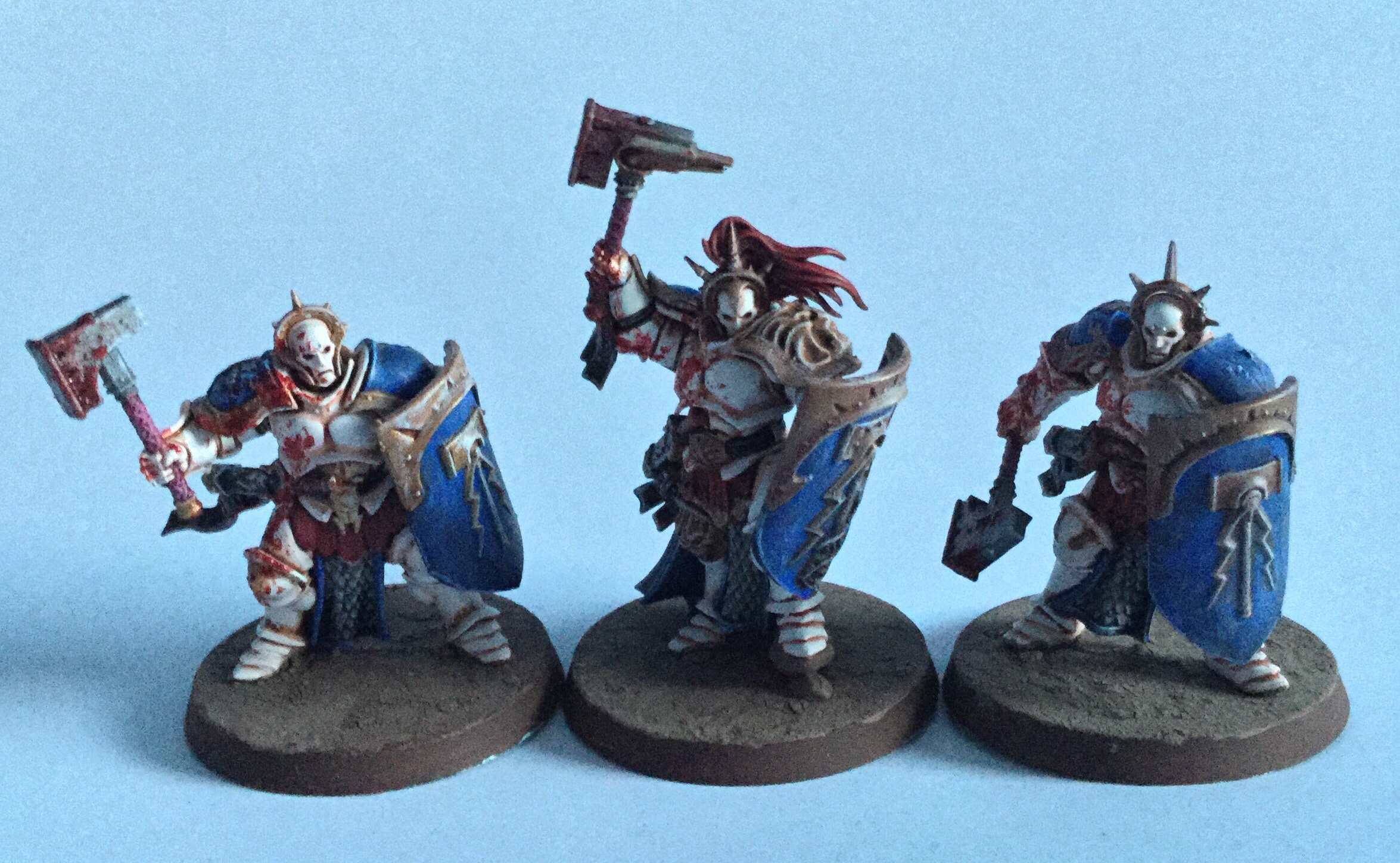 My Skirmish warband will be based on the characters set in the Malign Portents story 13, Reaper’s Revelation, including Liberator-Prime Kronois, Warden of the Underlevels (seen above with two of his retinue) and the White Reaper. I liked the story as well as others relating to the Knights Excelsior, so I’ve used that as inspiration to build my warband. 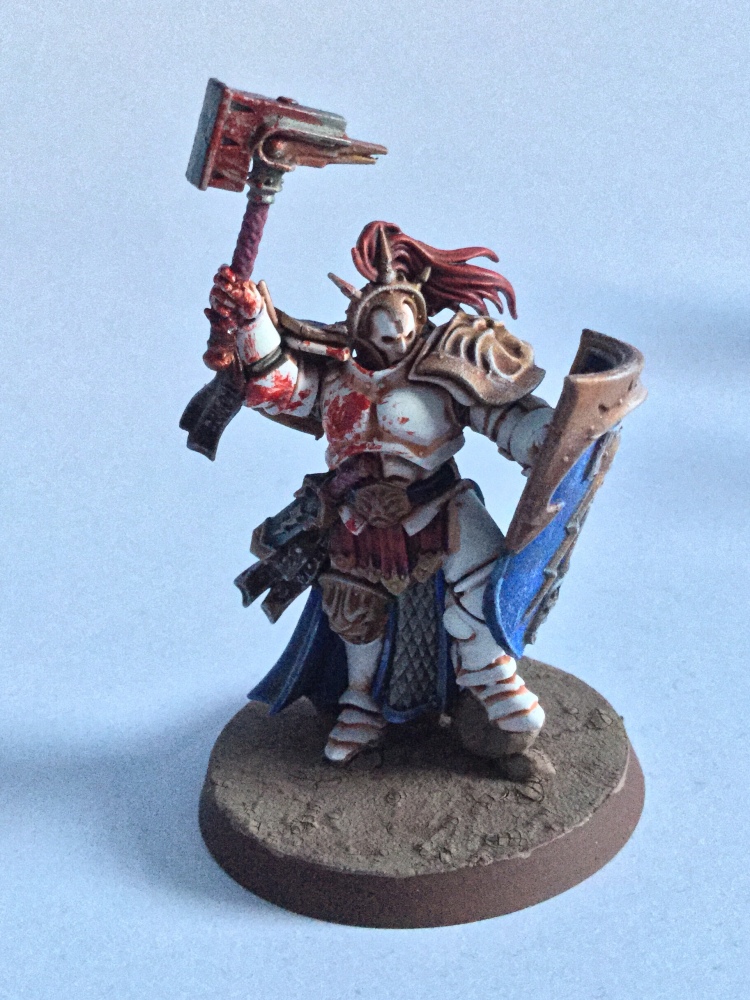 Kronis, Warden of the Underlevels. 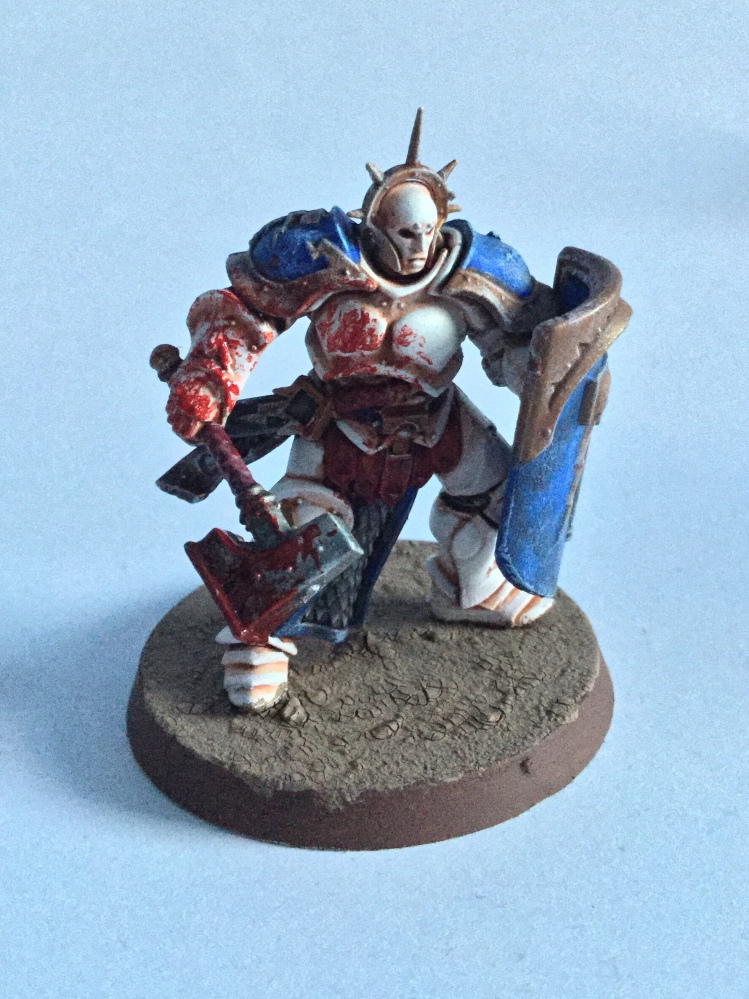 My next post in the series will be focusing on my Lord-Relictor model, as well as a painting guide on how I’ve achieved the colour scheme for the Knights Excelsior.