Welcome back to part 8, today I’ll be showing my latest WIP models that I’ve painted for my Black Templars collection, the Bike squad and Land Raider Crusader. As well as an overal army showcase photo, showing the whole army in its current progress.

First off, the Bike squad was originally from my old Space marine collection, the Sons of Shiban, a successor chapter of the 1st founding Legion, the White Scars. Shiban was a notable character in the Horus Heresy series, a White Scar who was very inspiring to read in both HH books ‘Brotherhood of the Storm’ and ‘Scars’.

The original collection, as you’ll see below this paragraph, was my attempt at creating an army that fitted both into the Codex Astartes and White Scars traditional twist of fast attack focus. Sadly, this collection died off when I gave up on the project, due to my lack of interest in the current rules at that time (6th/7th edition). 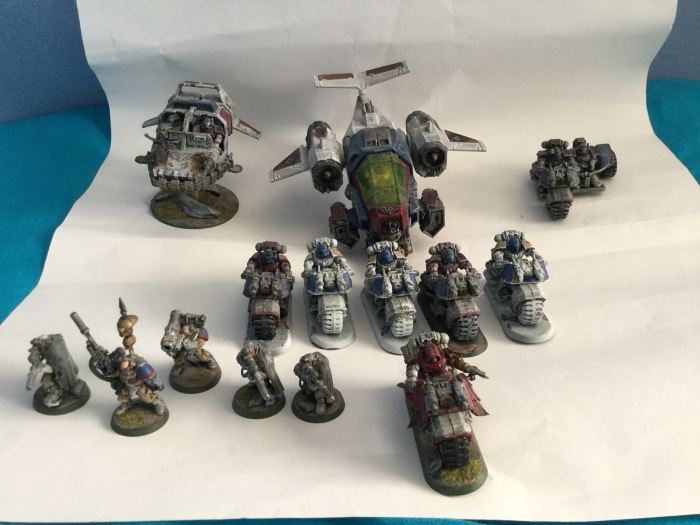 Three down, eleven more models to go! (So much paint to dissolve off and scrub  😦 )

Having spent a lot of time getting this units old paint layer off, Im glad that I can finally use one of my old models for my new army. Now that they’ve been painted in the colours of the Templars, I can now use them for games without the worry of terrible paint job. like the end result for this unit, it’s a simple paint scheme, but good enough for table top standard.

Whilst still in WIP, this mighty fortress tank is looking more glorious with each painting session. It’s taking me longer than usual to finish models this size, mostly due to other tasks or study that distract me from painting. However, with little time spare in between my distractions, I’m slowly painting this model towards completion.

The army so far follows the Patrol detachment and Lord of War detachment force, including the following units:
Patrol Detachment 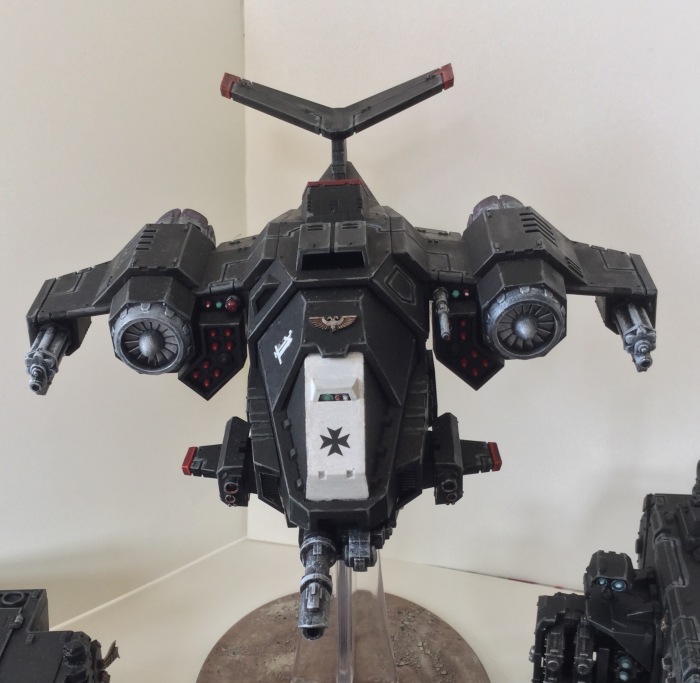 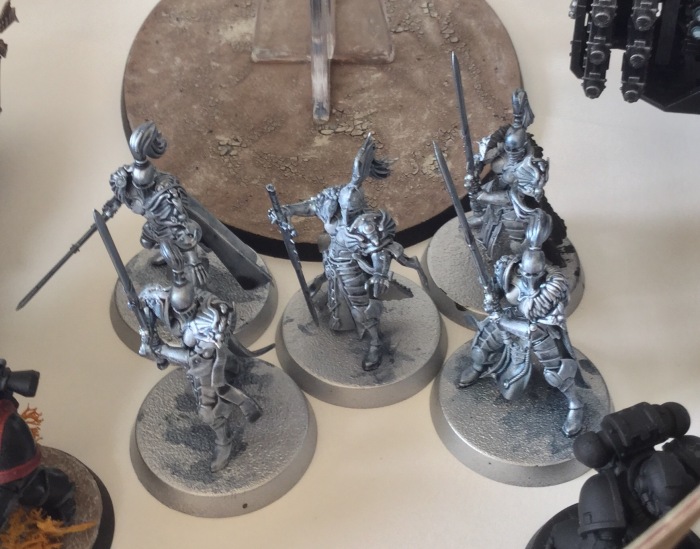 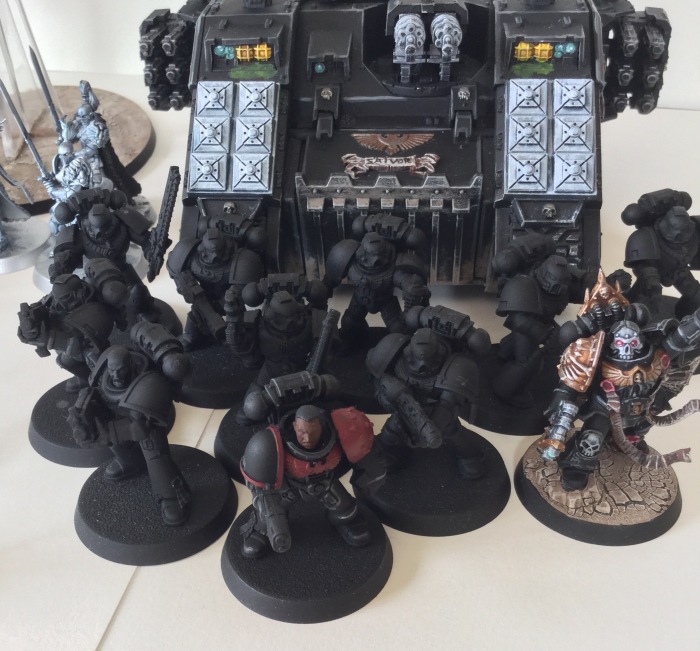 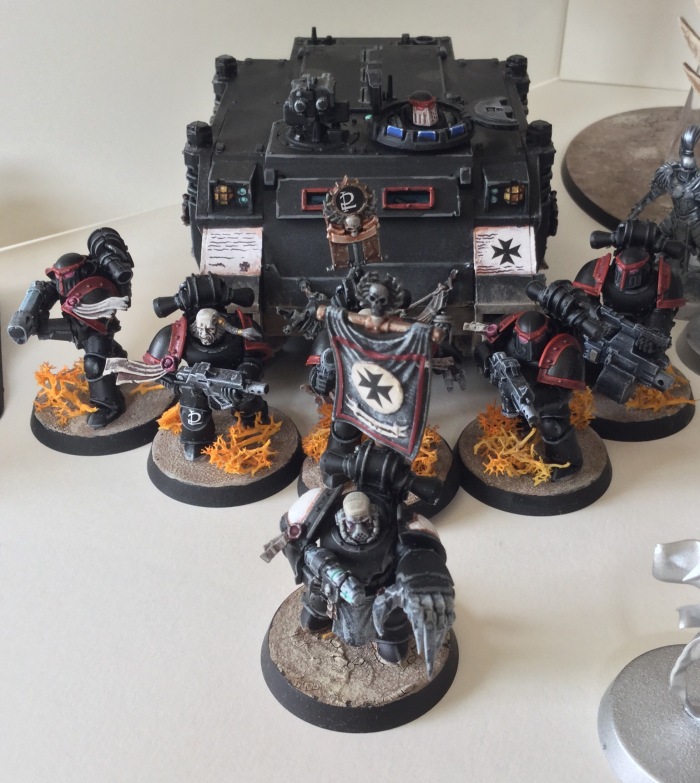 I hope you’re all having a awesome day,